The Fitzgeralds and the... »

The Fitzgeralds and the Kennedys: an American saga

Description
In its drama and scope, Doris Kearns Goodwin's The Fitzgeralds and the Kennedys is one of the richest works of biography in the last decade. From the wintry day in 1863 when John Francis Fitzgerald was baptized, through the memorable moment ninety-eight years later when his grandson and namesake John Fitzgerald Kennedy was inaugurated as President of the United States, the author brings us every colorful inch of this unique American tapestry. Each character emerges unmistakenly, with the clarity and complexity of personal recollection: "Honey Fitz" Fitzgerald, the mayor of Boston and founder of his dynasty; his independent and shrewdly political daughter, Rose, and her husband, the cunning, manipulative Joseph P. Kennedy; finally, the "Golden trio" of Kennedy children--Joe Jr., Kathleen, and Jack--whose promise was eclipsed by the greater power of fate. With unprecedented access to the Kennedy family and to decades of private papers, Doris Kearns Goodwin has crafted a singular work of American history: It is at once the story of an era, of the immigrant experience, and--most of all--of two families, whose ambitions propelled them to unrivaled power and whose passions nearly destroyed them.
Also in This Series 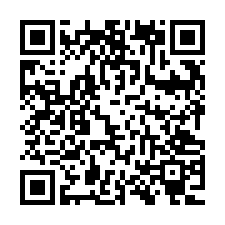