Mississippi mud: a true story from a corner of the deep south

Description
Biloxi, Mississippi, is a city of contradictions. A lush green jewel on the Gulf of Mexico, a Southern Riviera steeped in Confederate history, where antebellum mansions command staggering ocean views. Yet it has also been home to The Strip, a beachside center of neon decadence, prostitution, drugs, and corrupt public servants - all in thrall to a shadowy band of criminals called the Dixie Mafia. Here in Biloxi, Old South virtue clashes with a long-standing tolerance for evil.
When one of the city's most prominent couples - a judge and his mayoral-candidate wife - were shot in their home, their daughter embarked on a dangerous crusade for justice that would forever change the complexion of Biloxi. She wanted to accomplish what the police could not or would not do: find the assassins and shake the city of Biloxi from its jaded complacency.
In Mississippi Mud, Pulitzer Prize-winning journalist Edward Humes tells the inspiring and harrowing story of Lynne Sposito, whose obsession with solving her parents' murder "irresistibly draws us into a ripe, teeming, darkness," into a sin-belt world of conscienceless killers, illegal casinos, and venal politicians. At the same time, Mississippi Mud provides a fascinating and vivid portrait of a little-known corner of the Deep South where corruption and betrayal arise not only from the criminal element but also from the good people of Biloxi's long-standing tradition of turning a blind eye to the malignancy in their midst.
Though a work of nonfiction, scrupulously reported and documented, Mississippi Mud reads like an exquisitely taut and suspenseful novel, building toward a surprising - and chilling - conclusion, as the forces unleashed by Lynne's investigation forever alter her life, and Biloxi's future.
Also in This Series 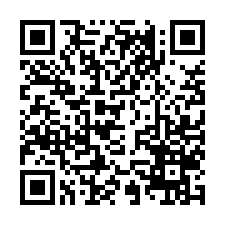