Description
On the New York Times bestseller list for over 20 weeks * A New York Times Notable Book * A National Book Award Finalist * Named a Best Book of the Year by Fresh Air, Time, Entertainment Weekly, Associated Press, and many more

“If you’re looking for a superb novel, look no further.” —The Washington Post

From the Pulitzer Prize–winning author of All the Light We Cannot See, comes the instant New York Times bestseller that is a “wildly inventive, a humane and uplifting book for adults that’s infused with the magic of childhood reading experiences” (The New York Times Book Review).

Among the most celebrated and beloved novels of recent times, Cloud Cuckoo Land is a triumph of imagination and compassion, a soaring story about children on the cusp of adulthood in worlds in peril, who find resilience, hope, and a book.

In the 15th century, an orphan named Anna lives inside the formidable walls of Constantinople. She learns to read, and in this ancient city, famous for its libraries, she finds what might be the last copy of a centuries-old book, the story of Aethon, who longs to be turned into a bird so that he can fly to a utopian paradise in the sky. Outside the walls is Omeir, a village boy, conscripted with his beloved oxen into the army that will lay siege to the city. His path and Anna’s will cross.

In the present day, in a library in Idaho, octogenarian Zeno rehearses children in a play adaptation of Aethon’s story, preserved against all odds through centuries. Tucked among the library shelves is a bomb, planted by a troubled, idealistic teenager, Seymour. This is another siege.

And in a not-so-distant future, on the interstellar ship Argos, Konstance is alone in a vault, copying on scraps of sacking the story of Aethon, told to her by her father.

Anna, Omeir, Seymour, Zeno, and Konstance are dreamers and outsiders whose lives are gloriously intertwined. Doerr’s dazzling imagination transports us to worlds so dramatic and immersive that we forget, for a time, our own.
Also in This Series 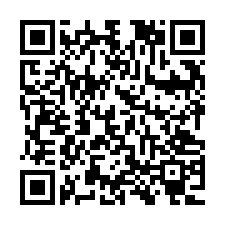 accelerated_reader_point_value
0
accelerated_reader_reading_level
0
auth_author2
Ireland, Marin
Jones, Simon
author
Doerr, Anthony, 1973-
author2-role
Ireland, Marin,narrator
Jones, Simon,narrator
author_display
Doerr, Anthony
available_at_eagleriver
Eagle River Olson Library
detailed_location_eagleriver
Eagle River Adult Fiction
Eagle River Audiobooks
Online OverDrive Collection
display_description
"The heroes of Cloud Cuckoo Land are children trying to figure out the world around them, and to survive. In the besieged city of Constantinople in 1453, in a public library in Lakeport, Idaho, today, and on a spaceship bound for a distant exoplanet decades from now, an ancient text provides solace and the most profound human connection to characters in peril. They all learn the story of Aethon, who longs to be turned into a bird so that he can fly to the paradise of Cloud Cuckoo Land, a better world. Twelve-year-old Anna lives in a convent where women toil all day embroidering the robes of priests. She learns to read from an old Greek tutor she encounters on her errands in the city. In an abandoned priory, she finds a stash of old books. One is Aethon's story, which she reads to her sister as the walls of Constantinople are bombarded by armies of Saracens. Anna escapes, carrying only a small sack with bread, salt fish-and the book. Outside the city walls, Anna meets Omeir, a village boy who was conscripted, along with his beloved pair of oxen, to fight in the Sultan's conquest. His oxen have died; he has deserted. In Lakeport, Idaho, in 2020, Seymour, a young activist bent on saving the earth, sits in the public library with two homemade bombs in pressure cookers-another siege. Upstairs, eighty-five-year old Zeno, a former prisoner-of-war, and an amateur translator, rehearses five children in a play adaptation of Aethon's adventures. On an interstellar ark called The Argos, Konstance is alone in a vault with sacks of Nourish powder and access to all the information in the world-or so she is told. She knows Aethon's story through her father, who has sequestered her to protect her. Like Marie-Laure and Werner in All the Light We Cannot See, Konstance, Anna, Omeir, Seymour, the young Zeno, the children in the library are dreamers and misfits on the cusp of adulthood in a world the grown-ups have broken."--Provided by publisher.
format_category_eagleriver
Audio Books
Books
eBook
format_eagleriver
Book
CD Unabridged
Large Print
eAudiobook
eBook
id
93b7a39d-4385-5f6a-4aa3-e4f8fe26f014
isbn
9781797128528
9781797128535
9781982168438
9781982168445
9781982168452
9781982189679
itype_eagleriver
AUDIOBOOK ON CD UNABRIDGED
BOOK - HARDCOVER
LARGE PRINT BOOK
last_indexed
2022-12-07T12:00:47.074Z
lexile_score
-1
literary_form
Fiction
literary_form_full
Fiction
local_callnumber_eagleriver
AV/CD DOE (Unabridged)
FIC DOE
Online OverDrive
owning_library_eagleriver
Eagle River Olson Library
Eagle River Olson Library Online
owning_location_eagleriver
Eagle River Olson Library
Online OverDrive Collection
primary_isbn
9781982168445
publishDate
2021
publisher
Scribner
Simon & Schuster Audio
Simon and Schuster
recordtype
grouped_work
subject_facet
Audiobooks
Bombs -- Fiction
Books and reading -- Fiction
Children -- Fiction
Historical fiction
Idaho -- Fiction
Interpersonal relations -- Fiction
Interplanetary voyages -- Fiction
Istanbul (Turkey) -- History -- Siege, 1453 -- Fiction
Large type books
Libraries -- Fiction
Science fiction
Space -- Fiction
Space and time -- Fiction
Space ships -- Fiction
Storytelling -- Fiction
title_display
Cloud cuckoo land : a novel
title_full
Cloud Cuckoo Land A Novel
Cloud cuckoo land : a novel / Anthony Doerr
title_short
Cloud cuckoo land
title_sub
a novel
topic_facet
Bombs
Books and reading
Children
Fiction
Historical Fiction
History
Interpersonal relations
Interplanetary voyages
Libraries
Literature
Space
Space and time
Space ships
Storytelling