Last days of the Sicilians »

Last days of the Sicilians: at war with the Mafia : the FBI assault on the Pizza connection

Description
July 12, 1979: The fearsome Bonanno family boss, Carmine Galante, is gunned down in a gruesome ambush at a Brooklyn restaurant. The hit launches an FBI investigation that soon becomes the largest in the bureau's history, as agents uncover a trail leading to a clandestine arm of the Sicilian Mafia. Evidence points to an all but unknown criminal franchise at work in the U.S. within the strife-torn Cosa Nostra.

The mystery deepens. Surveillance photos snapped secretly from FBI vans and lookouts in Queens and Brooklyn show a cast of characters the bureau's mob experts cannot identify. What is in the cartons these Sicilians are loading into the trunks of their Mercedes? Who is trying to spirit $60 million out of the country and why? And where is the mountain of money coming from?

The FBI has stumbled across a billion-dollar drug pipeline that is funneling tons of Turkish morphoine base to Sicilian labs and heroin into the United States through pizza parlors, cafes, and boutiques. Where the French Connection ends, the Pizza Connection begins.

This is the dramatic inside story of that historic case and the struggle of the FBI, Drug Enforcement Administration, Customs Service, and New York Police Department to deal the Mafia a crippling blow. The early 1980s are a crucial time for the FBI. It is emerging from the debacles of J. Edgar Hoover's administration, which long refused to acknowledge traditional organized crime, and is about to take on a new assignment policing anti-drug laws alongside the DEA.

The exploding case is assigned to an unlikely pair of agents: the intense, Sicilian-born Carmine Russo and the laid-back Charlie Rooney. Together with an expanding army of investigators in the U.S. and abroad, they follow a trail that leads from sidewalk pizzerias and pay phones in Long Island, New Jersey, and rural Illinois, to bank vaults and hideouts in Miami, the Bahamas, Zurich, Palermo, Rio, Madrid, Turkey, and Bulgaria. Thousands of hours of wiretapped conversations and surveillance photos reveal a deadly, shadowy world of coded messages, midnight dropoffs of heroin packed in paper bags and shirt boxes, and vast fortunes laundered through some of America's biggest brokerage firms.

But the crimelords Russo and Rooney stalk are not their only nemesis; they must also fend off jealous and impatient bureaucrats, and more than once crooked cops come close to blowing the case.
Also in This Series 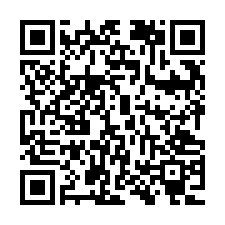