Brain lock: free yourself from obsessive-compulsive behavior : a four-step self-treatment method to change your brain chemistry

Description
Do you find yourself performing unnecessary rituals in your daily routine - repeatedly washing your hands, counting to a certain number over and over, or arranging things in a particular way - even though you know they serve no purpose? Do you hoard junk you no longer need, afraid to throw anything out, no matter how useless? Are you unable to control runaway thoughts?
If you answered yes to any of the above questions, you may be among the five million Americans who suffer from OCD (obsessive-compulsive disorder). From nagging, all-consuming rituals to obsessive thoughts that spin out of control, OCD can wreak havoc in the daily lives of its sufferers and their families.
Now, after more than a decade of treating OCD patients, Dr. Jeffrey M. Schwartz, a psychiatrist at UCLA School of Medicine, presents to the public his ground-breaking research on the brain and the role it plays in our behavior. Dr. Schwartz's research represents not only a major advance in the treatment of OCD, but has profound implications for the future of medicine and psychiatry and our overall understanding of the mind-brain relationship. Based on his history-making scientific research, Brain Lock offers readers a simple, accurate test for OCD and a proven Four-Step self-treatment method.
Using the Four-Step program, you can actually "rewire" your brain and put a stop to the nonsensical behavior that plagues your daily life. For the first time, Dr. Schwartz's research provides evidence that changing your behavior actually alters your brain's biochemistry and modifies your genetic disposition. The Four-Step Method teaches you first to Relabel your bothersome impulses as obsessive thoughts and compulsive urges with little or no basis in reality. In the next step, you Reattribute your urges to their real source: a treatable medical condition. By Refocusing, you shift your attention away from your OCD impulse to more productive activities. Finally, you Revalue the OCD urges as not worth paying attention to. By following these four steps, OCD sufferers can finally defeat the irrational impulses beyond their control.
Misunderstood for so long, OCD has dominated the lives of many of its victims, including that of its most famous sufferer, billionaire Howard Hughes. For the millions of Americans who put up with the daily frustration and agony of their obsessions and compulsions, Brain Lock offers the key to peace of mind. At last, people with bothersome OCD symptoms can finally control them and lead happier, healthier lives.
Also in This Series 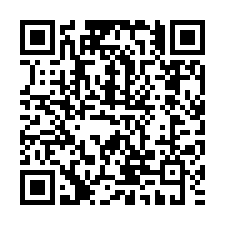