Dirty little secrets: the persistence of corruption in American politics

Description
Fact: The Christian Coalition's 1994 voter guides appear to have been skewed to favor Republican candidates in key congressional races across the country, in direct contravention of federal election law.
The truth is, the politicians couldn't be happier dickering over the remains of the welfare state. Because, as you'll learn in Dirty Little Secrets, there is probably not a politician in America who does not benefit directly, personally, and continually from the status quo.
Fact: On the eve of the 1994 elections, mock "pollsters" called up thousands of voters in one Wisconsin congressional district to ask whether their electoral decisions would be influenced if they knew one of the candidates was a lesbian.
Most politicians want to do the right thing. But they also want to be reelected, and the system is far stronger than any honest man or woman. The influence of money and the intricacies of the levers of power make it easier for politicians to ignore the law than to obey it. In Dirty Little Secrets you will read of the conservative movement's hidden manipulations in 1994, and learn the truth about Newt Gingrich's twenty-year program of political destabilization. The history of the corrupt House the Democrats built with the help of liberal interest groups stands revealed. And Larry J. Sabato and Glenn R. Simpson expose the corrupt and illegal tactics both parties have used for decades to protect and promote their own power.
Fact: In 1994, in Alabama, one local election was decided by fewer than three hundred votes. Seventeen hundred ballots cast in that election were illegally admitted absentee ballots, some of them submitted by dead people.
Sabato and Simpson's fresh reporting and thousands of hours of background research include interviews with influential politicians, consultants, and political operatives, Freedom of Information Act requests, and thousands of pages of obscure campaign reports. They prove corruption is not about bad apples or colorful local traditions. And they offer a completely original plan for reform - Deregulation Plus - that will frighten both parties and make the American electorate smile for the first time in years. Dirty Little Secrets pulls together the corruption story from all parts of the country so overwhelmingly that no one - from the White House to your house - will be able to deny that political reform must be one of the key issues of the 1996 election campaign.
Also in This Series 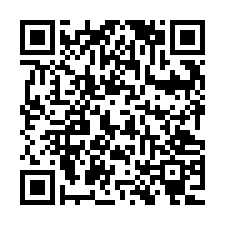