Description
Edgar Allan Poe, whose personal torment so powerfully informed his visionary prose and poetry, is a towering figure in the history of American literature. The archetype of the suffering artist, he lived from one extreme to the other: he knew fame and obscurity, wealth and destitution, and the loss of everything he cherished. His fevered imagination brought him to great heights of creativity and the depths of paranoiac despair. Yet although he produced a relatively small volume of work, he virtually invented the horror and detective genres and his literary legacy endures to this day.
Jeffrey Meyers here charts Poe's life in astonishing detail, from its inauspicious beginnings through the mysterious events of his last weeks. He explores Poe's pathological need to ruin everything he strived for - in journalism, friendship and marriage. He also reveals Poe as a man of infinite paradox: a Virginia gentleman and the son of itinerant actors, the heir to a great fortune and a disinherited outcast, a university man who had failed to graduate, a soldier bought out of the army, a husband with an unapproachable child-bride, a brilliant editor and low-salaried hack, a world-renowned but impoverished author, a temperate man and uncontrollable alcoholic, a materialist who yearned for a final union with God.
As he turns from the life to the works, Meyers combines psychological insight with critical acumen. He analyzes the neglected stories "The Man That Was Used Up," "The Man of the Crowd" and "The Premature Burial," and shows how even his most bizarre tales, "The Fall of the House of Usher," "The Murders in the Rue Morgue," "The Cask of Amontillado" and "The Black Cat," are grounded in Poe's life experiences. Finally, through lively anecdote, Meyers gives Poe's literary legacy its due, covering his three distinct reputations - in America, England and France - and his powerful influence on modern writers from Nietzsche to Nabokov.
Told brilliantly by Jeffrey Meyers, the story of Poe's life is rivaled for bizarre drama only by his extraordinary fiction.
Also in This Series 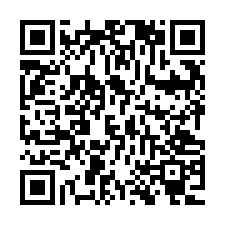